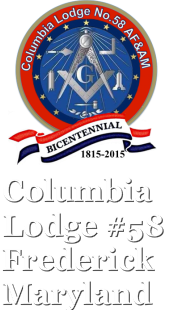 TO BE A MASON, ASK A FRIEND

Thank you for expressing your interest in Freemasonry by actively seeking out this information. To become a Mason you must meet the qualifications, and be accepted by a Lodge.

This page briefly explains what Freemasonry is, who Freemasons are, what they believe in, and what they do. It is important for you to know that those who desire membership must seek it on their own. Unfortunately, without this understanding, many qualified men have not enjoyed the special rewards of membership and fellowship in Freemasonry.

Freemasonry
Freemasonry is the world's oldest largest Fraternity. Its history and tradition date to antiquity. Its singular purpose is to make good men better. Its bonds of friendship, compassion, and brotherly love have survived even the most divisive political, military, and religious conflicts through the centuries. Freemasonry is neither a forum nor a place for worship. Instead, it is a friend of all religions that are based on the belief in one God.

Who the Freemasons Are
Many of our nation's early patriots were Freemasons, as well as 13 signers of the Constitution and 14 Presidents of the United States including George Washington, James Monroe, Theodore Roosevelt, Harry Truman, and Gerald Ford.

One of the fascinating aspects of Freemasonry has always been: how so many men from so many different walks of life can meet together in peace, never have any political or religious debates, always conduct their affairs in harmony and friendship, and call each other "Brother!"

Qualifications
To qualify for membership, a petitioner must be:
Freemasonry is proud of its philosophy and practice of "making good men better." Only individuals believed to be of the finest character are favorably considered for membership. Every applicant must advocate his belief in the existence of a Supreme Being (atheists are not accepted in the Fraternity).

To Become a Mason
Anyone seeking membership in Freemasonry must ask a Masonic friend to recommend him. He must sign a petition stating his age, occupation, and place of residence. Members of the lodge vote by ballot. To be accepted, the ballot must be unanimous.

What Freemasons Believe In
All Freemasons believe in one God and in respect for each other.

What Freemasons Do
Freemasons are respectable citizens who are taught to conform to the moral laws of society and to abide by the laws of the government under which they live. They are men of charity and good works. They remain unchallenged as "the world's greatest philanthropy!"

The Freemasons of America contribute more than two million dollars every day to charitable causes which they, alone, have established. These services to mankind represent an unparalleled example of humanitarianism, commitment, and concern by this unique and honorable Fraternity.

The Masonic Lodge
The Masonic Lodge meets two evenings per month to conduct its regular business and vote on petitions for membership. Here is where the bonds of friendship and fellowship are strengthened.

The Masonic Degrees
The candidate for Freemasonry receives three Masonic Degrees concluding with the Third (or Master Mason's) Degree. The Degrees are solemn, enlightening, and enjoyable experiences with no uncomfortable or embarrassing moments. It is here where the principles of Freemasonry are taught and where the new member learns that his family and his own necessary vocations are to be considered above Freemasonry.